Here is every show.  These venues were incredibly kind and good towards us, and we recommend you support the ones near you.

And for good measure, here is a map of the states, with the paintings Elizabeth did in each state as each state. 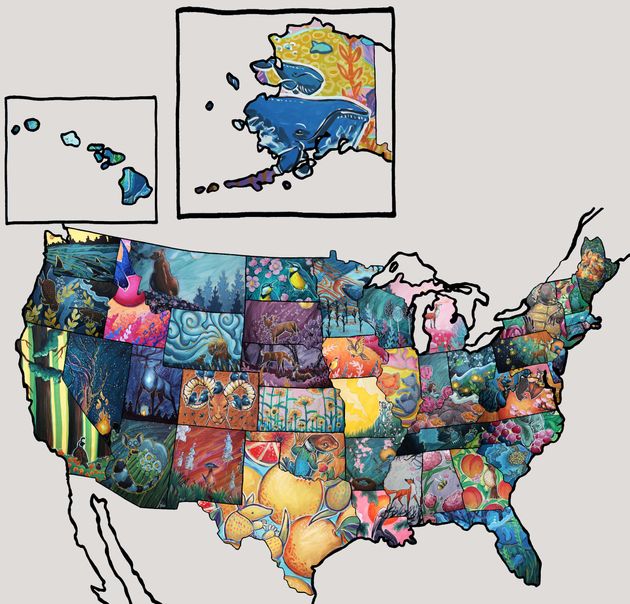